The Dreamers is a short film by up-and-coming production company Akron Productions, in partnership with the company I'm a part of, Broadside Films.
Shot over 2 days in August of 2016, I was the film's DoP, composer and dubbing mixer. You can find a page on my cinematography for the film here: http://www.filmceri.com/the-dreamers
Stream the full soundtrack here:
Writing and recording the soundtrack
The soundtrack for The Dreamers was recorded over 2 days at my home in Llanelli, using live piano and guitar. I then spent a couple of weeks mixing the audio and music, and composing the synthesised parts supporting the live recorded elements.
The film is about a dream and those inside of it and features tense and unnerving dialogue, cinematography and production design - so the music had to reflect that. One of my inspirations for the initial sketches for the music was the soundtrack for the film Moon - I felt that its minimal approach to instrumentation and tendency to repeat extremely simple motifs and progressions suited the dream-state fugue of The Dreamers very well - and so I began listening to a lot of minimalist electronic music, to further develop my ideas.
The film’s main theme, The Doctor, is a simple note repeated on 2 octaves with minor variations. This micro-motif runs throughout the entire film in different ways, appearing in practically every cue. It is the theme for the Doctor character, but since each of the characters in the film are variations of the same person, each character’s motif is a variation of the others. In this respect, The Dreamers’ soundtrack is purposefully repetitive - like the cinematography and writing, it folds back on itself, repeating sections in a confusing way.
The only time the soundtrack is allowed to breathe and develop a new path is in the last few moments of the film, where we finally leave the dream and reenter the real world. It is at this point a new piano theme comes in, different to everything that came before it, signifying that the character has finally escaped. (See track: The End)
Here are some stills of the recording process with me and guitarist Daisy White (Taken by Ioan Ings): 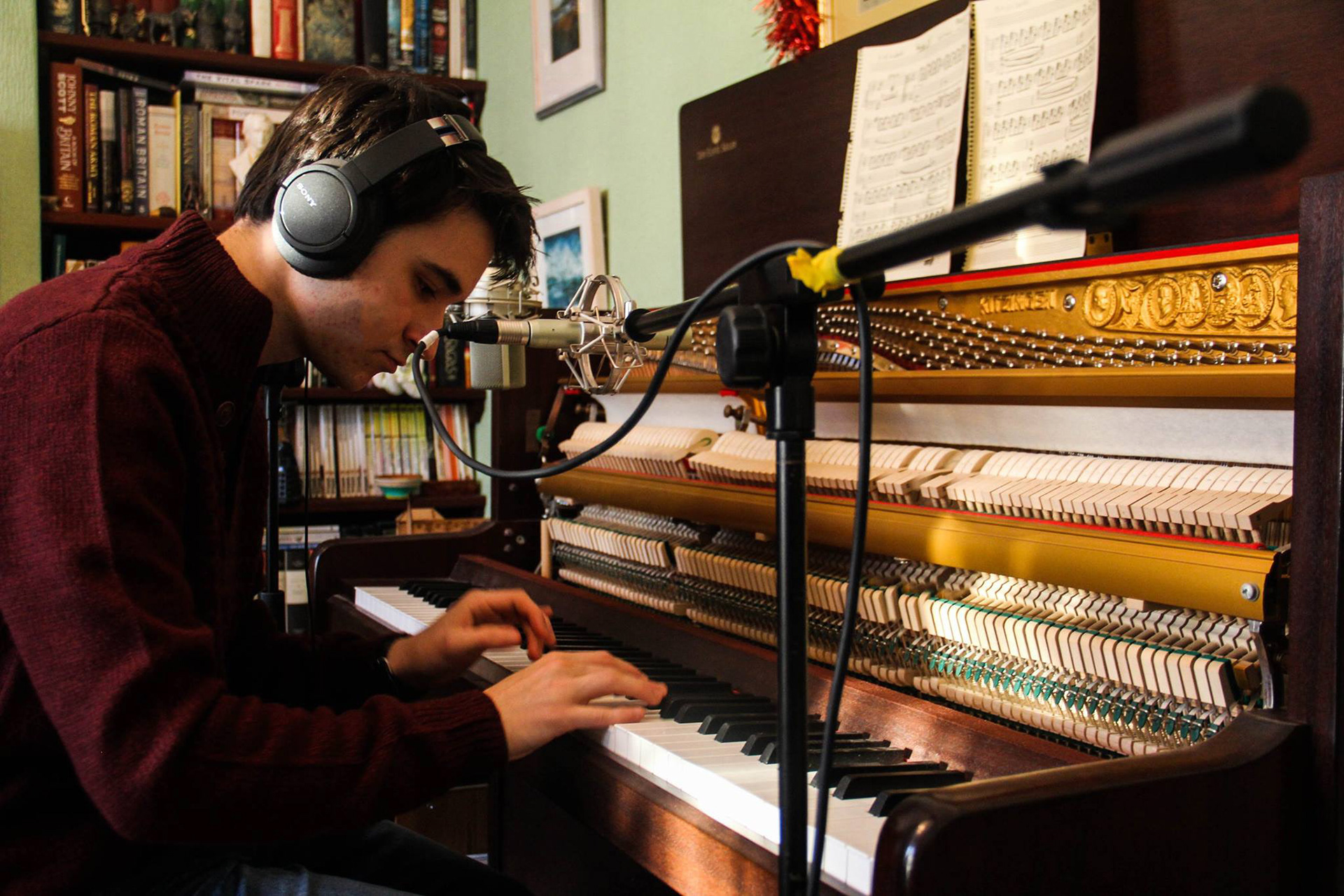 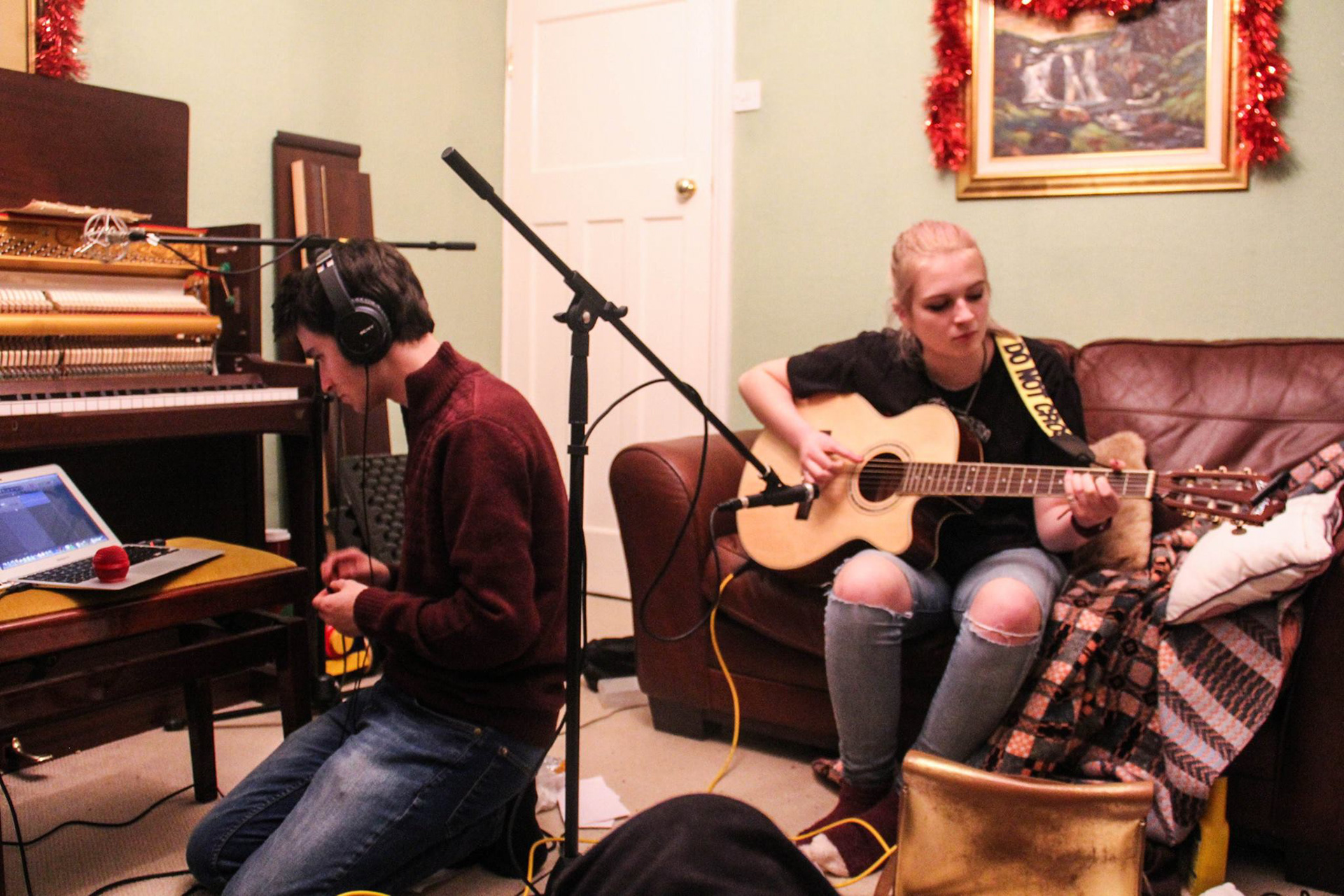 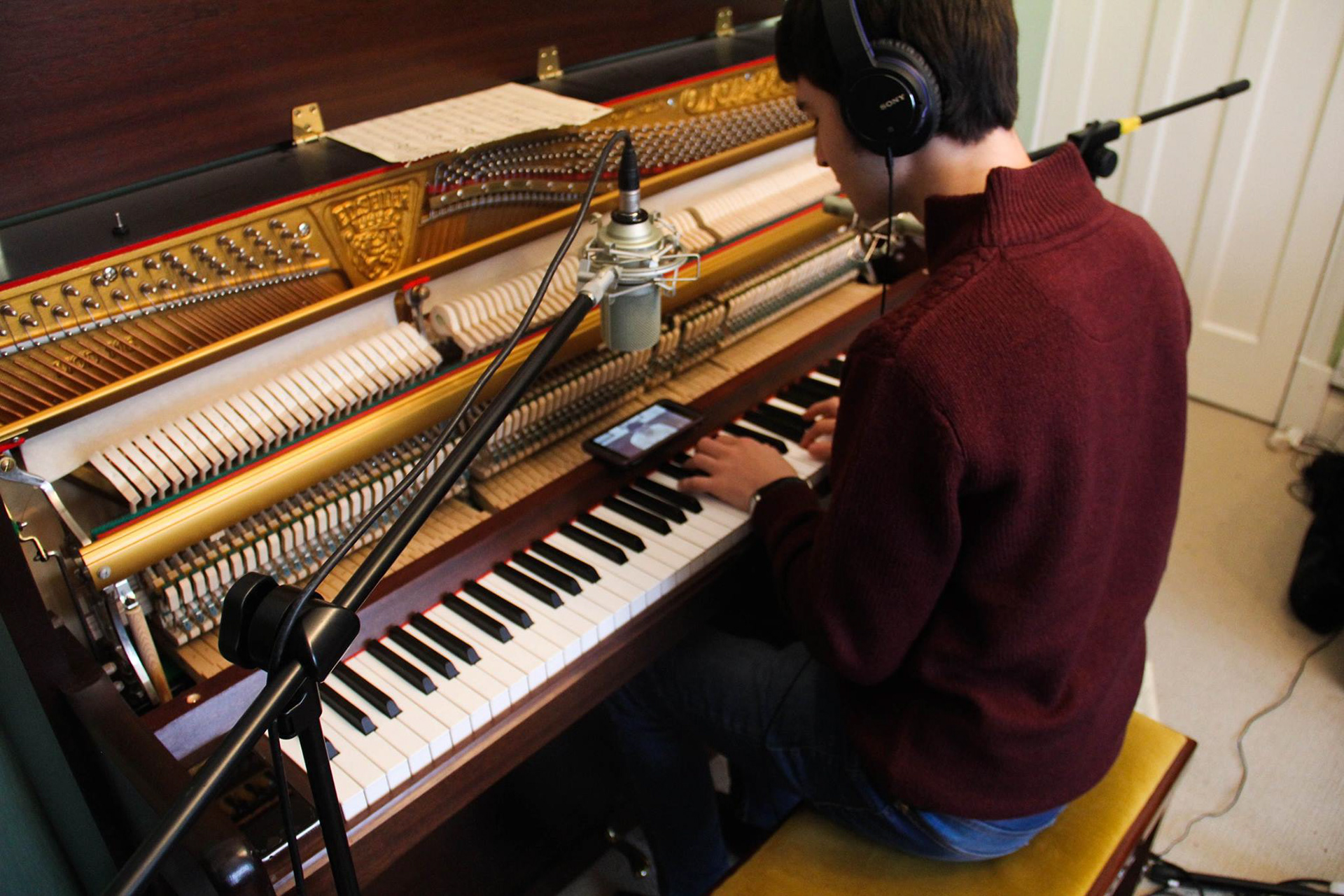 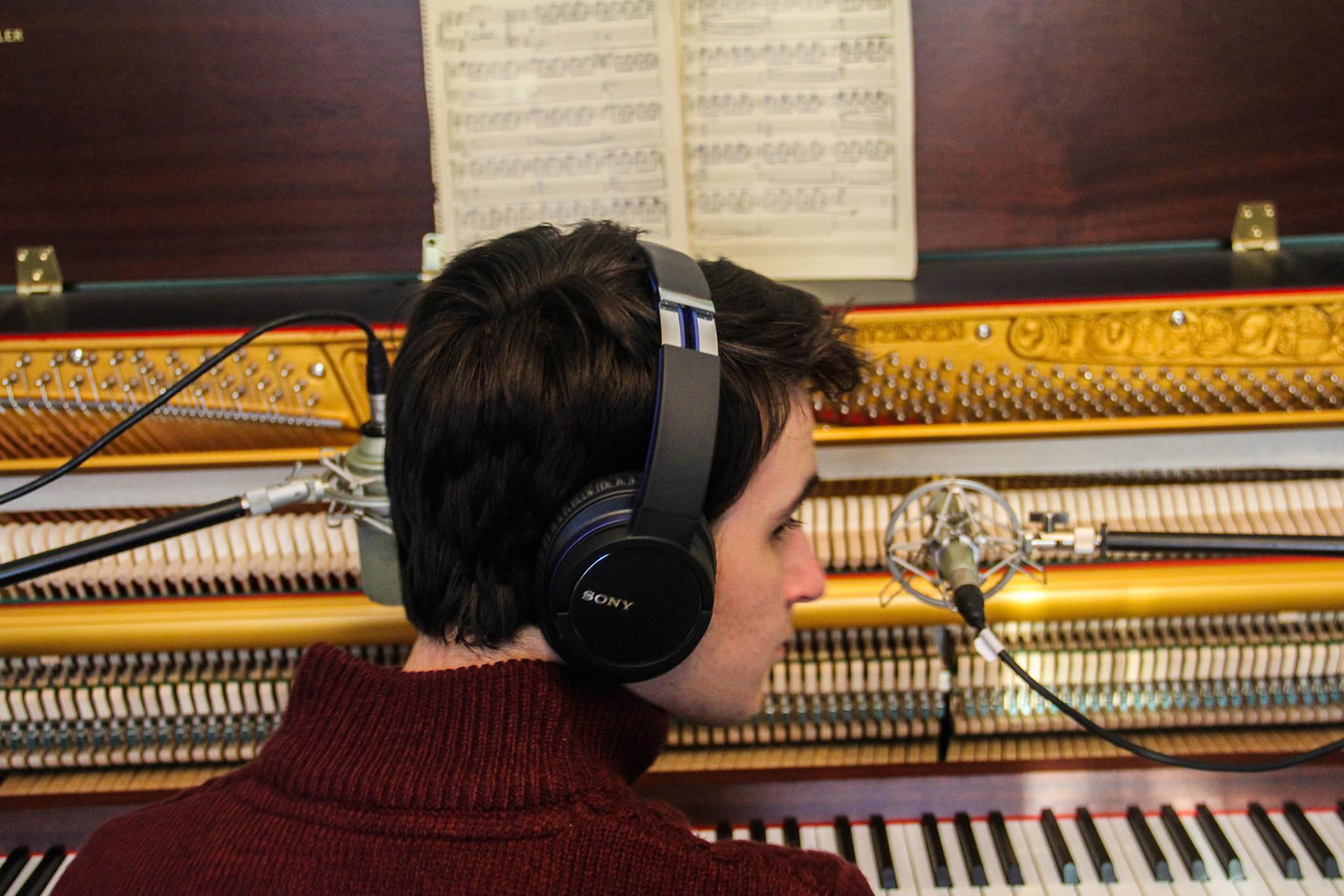 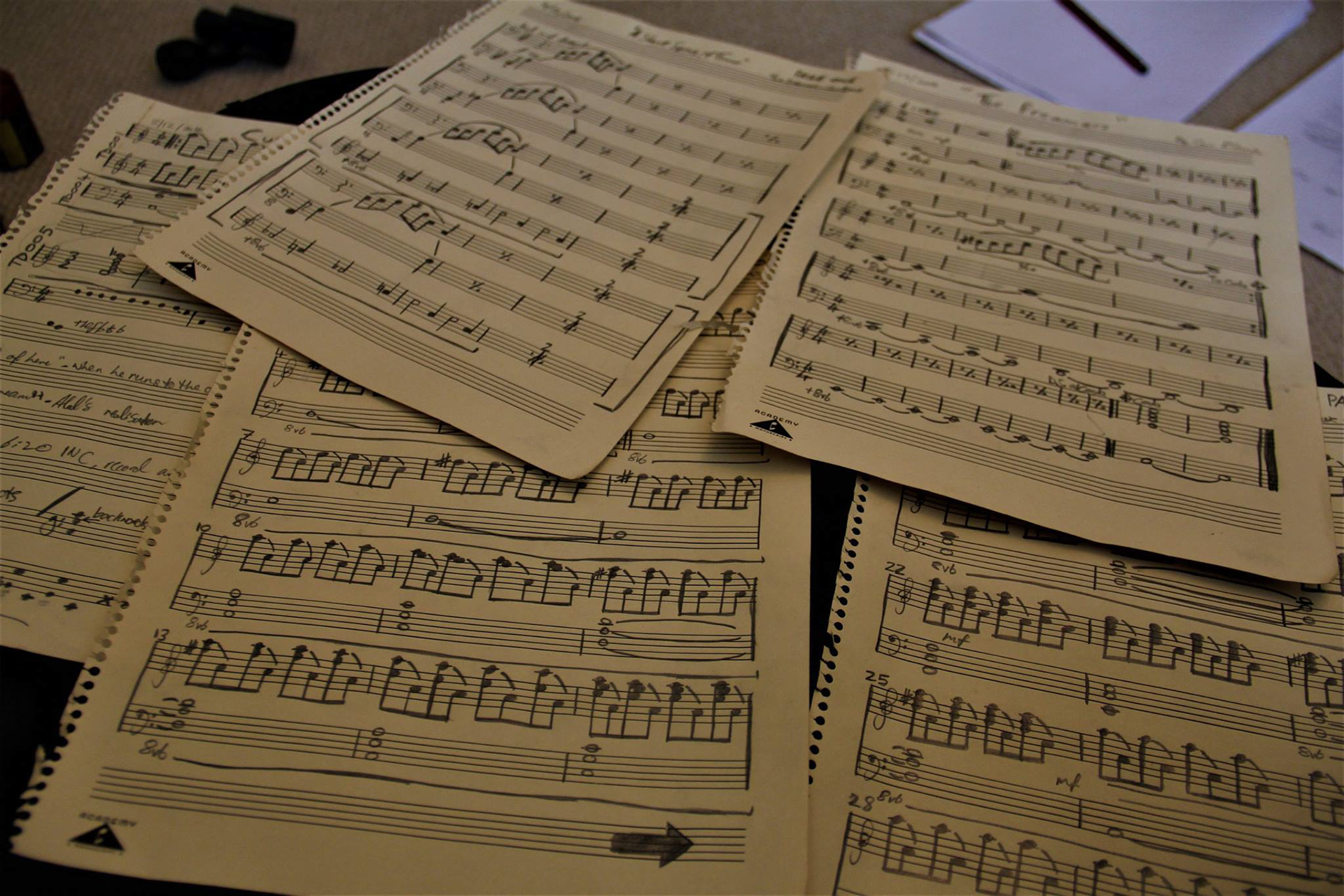 Watch the full film here:
↑Back to Top