Up-and-coming production company Akron Productions' latest film The Dreamers was produced through 2016, and shot in August. As a member of co-producing company Broadside Films and as a freelancer, I was the film's DoP and shot it in its entirety. Watch the final film here, and look below for a brief breakdown of the film’s cinematography, high-resolution stills and some behind-the-scenes photos.
I also composed and performed the film's soundtrack - check it out here.
Shot on: Blackmagic Pocket Cinema Camera (BMPCC)
Shot with: Misc. vintage lenses (Zeiss, Soligor, Helios), Canon kit lenses
The Cinematography of 'The Dreamers'
Warning: spoilers for the short film beyond this point.
The Dreamers tells the tale of 4 jurors who, during the course of discussing a case with inexplicably evolving details, realise that they are inside a dream, and have to figure out which one of the 4 of them is real. The film's cinematography had to reflect the level of confusion, disorientation and tension that its characters were experiencing, and to that end, many shots were tight, with over-the-shoulder shots of conversations having much of the foreground characters 'dirtying' the frame and drawing attention from the speaking character, as each character tried to psychologically win over the others and establish themselves as the 'real' one. As the film progresses and the tension grows, the reverse shots close in on the characters as well, leading the audience to draw its collective breath.
The film's broad, all-encompassing and heavily diffused overhead lighting was also to establish a sense of hyperreality - a dream-like state. The room's natural lighting was bright and white, giving a broad cast and creating soft shadows underneath, and it was a simple job of using 2 or 3 standard, universal 800w redhead lamps diffused manually or bounced off the white ceiling to enhance the lighting that was already present. This gave everything an equal cast, leaving no character or object dimmer than another, yet since not much was being fired or reflected from below the characters' faces it also cast sharp shadows onto them when they peered down, leading to actor Stuart McNeill's brooding and intimidating power-stances throughout the film.
The camera that was being used, the Blackmagic Pocket Cinema Camera, has a 16mm HD sensor - giving it a crop factor of 3x when used with 35mm lenses as it was for The Dreamers. Normally this is a problem when shooting, as a “standard” 35mm or 50mm lens suddenly becomes a 100 or even 150mm one suitable only for closeups, and without a hyper-wide fisheye lens anything resembling a wide can be forgotten.
However, for Dreamers, this was actually an advantage - or rather, not a disadvantage, as the forced closeness of the shots made for a more intimate and unnerving experience, where the viewer is trapped in close proximity with the characters. This also meant that only a small amount of the background was visible in each shot, giving the production designers an opportunity to play with continuity and replace, overturn or even remove artwork and props entirely between shots, adding to the sense of something being ‘off’ within the dream.
Below are some high-resolution stills from the film:

The Doctor (Stuart McNeill) speaks condescendingly to The Professor (Aled Bryn Pennock). Note the sharp shadows on his face, cast by the bright overhead lighting not being reflected from below.  Lens: 1976 Soligor 28mm 2.8

The Shop Worker (Rebecca Donovan Morgan) tries to persuade The Professor to put the gun down in one of the final scenes.  Lens: 1976 Soligor 28mm 2.8

The Doctor (Stuart McNeill) peers out into the rain from his window in the film's final scene.  Lens: 1975 Soligor 35mm 2.8

Here are some behind-the-scenes photos from the insane, 2-day shoot: 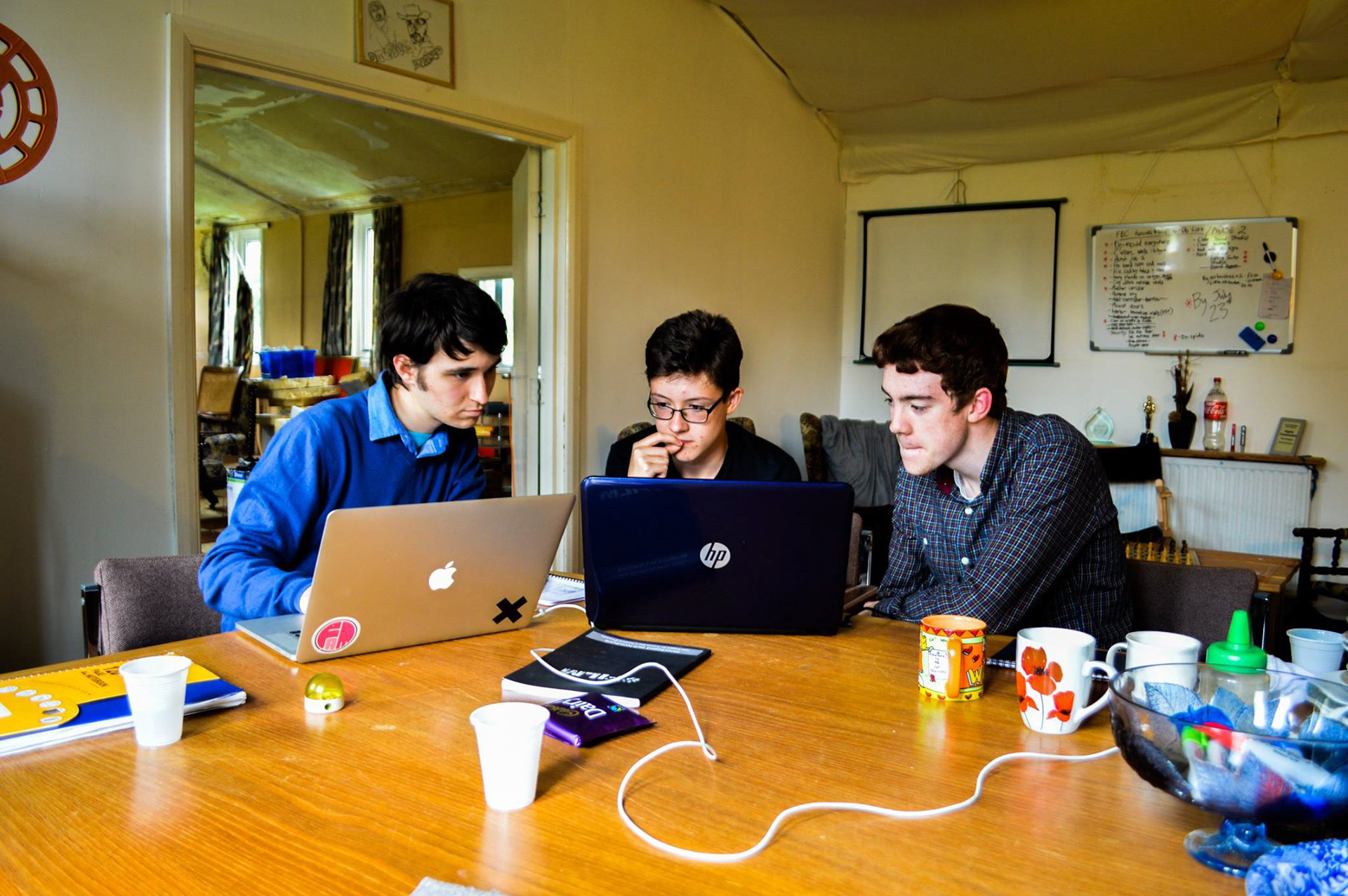 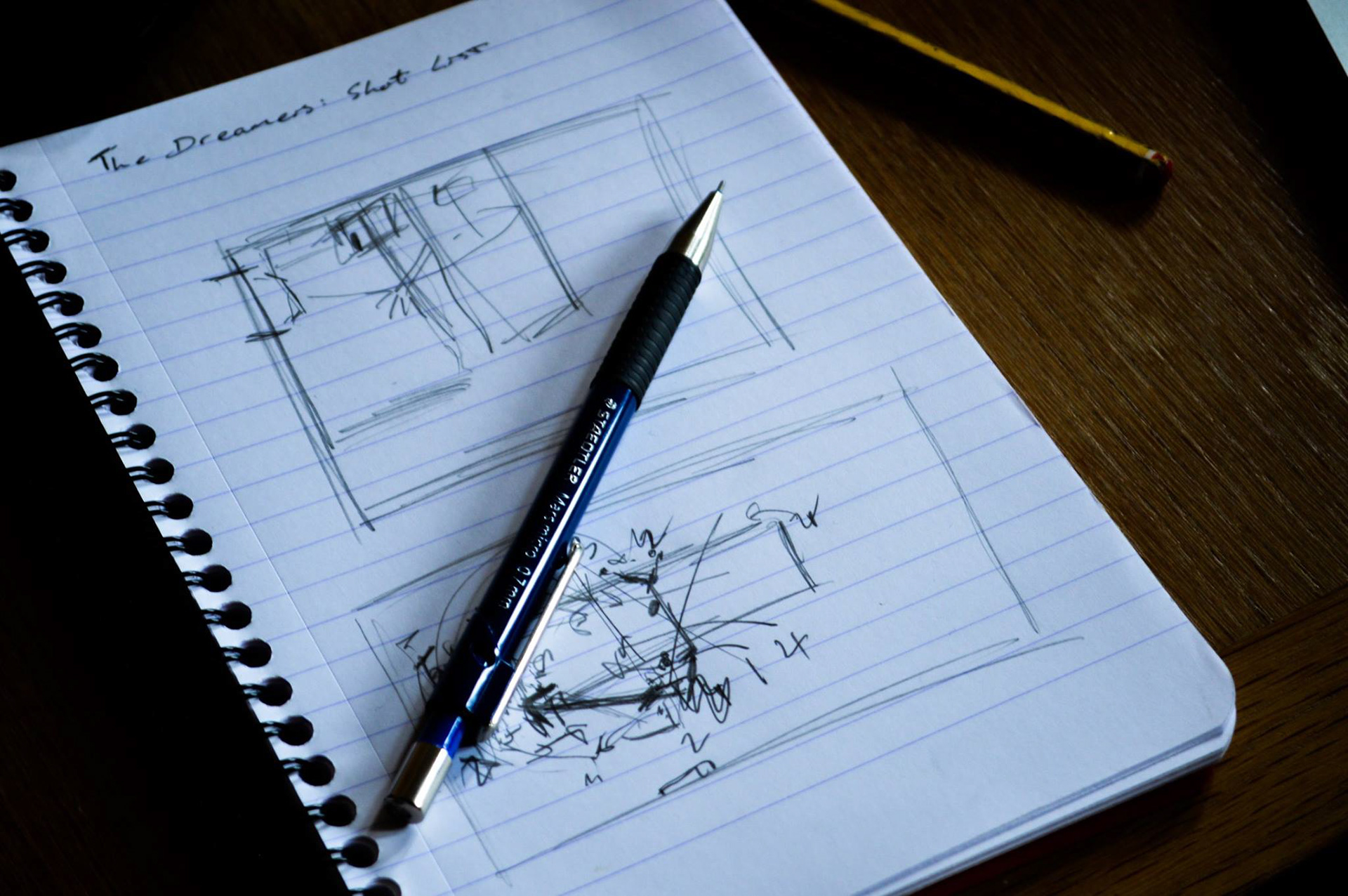 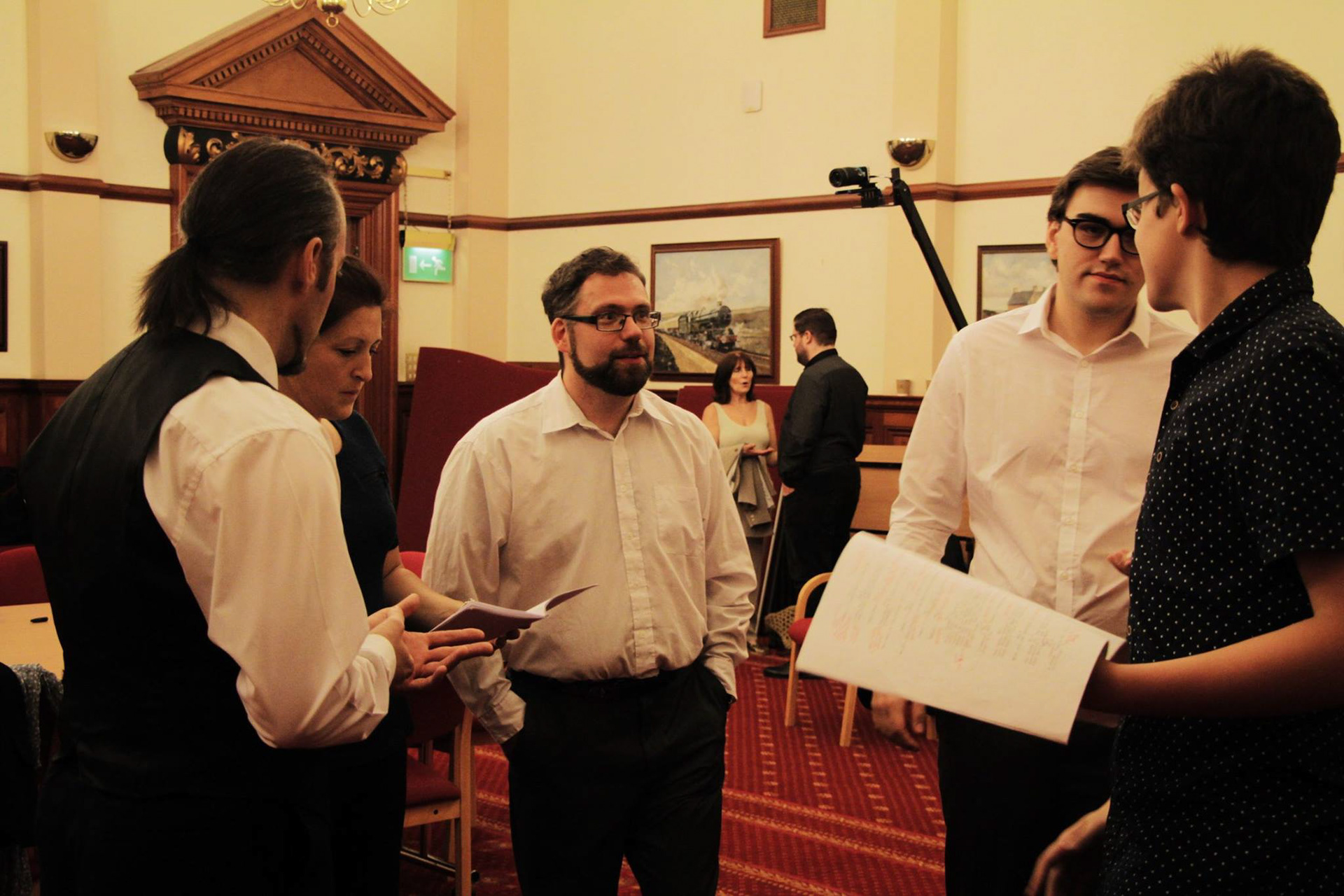 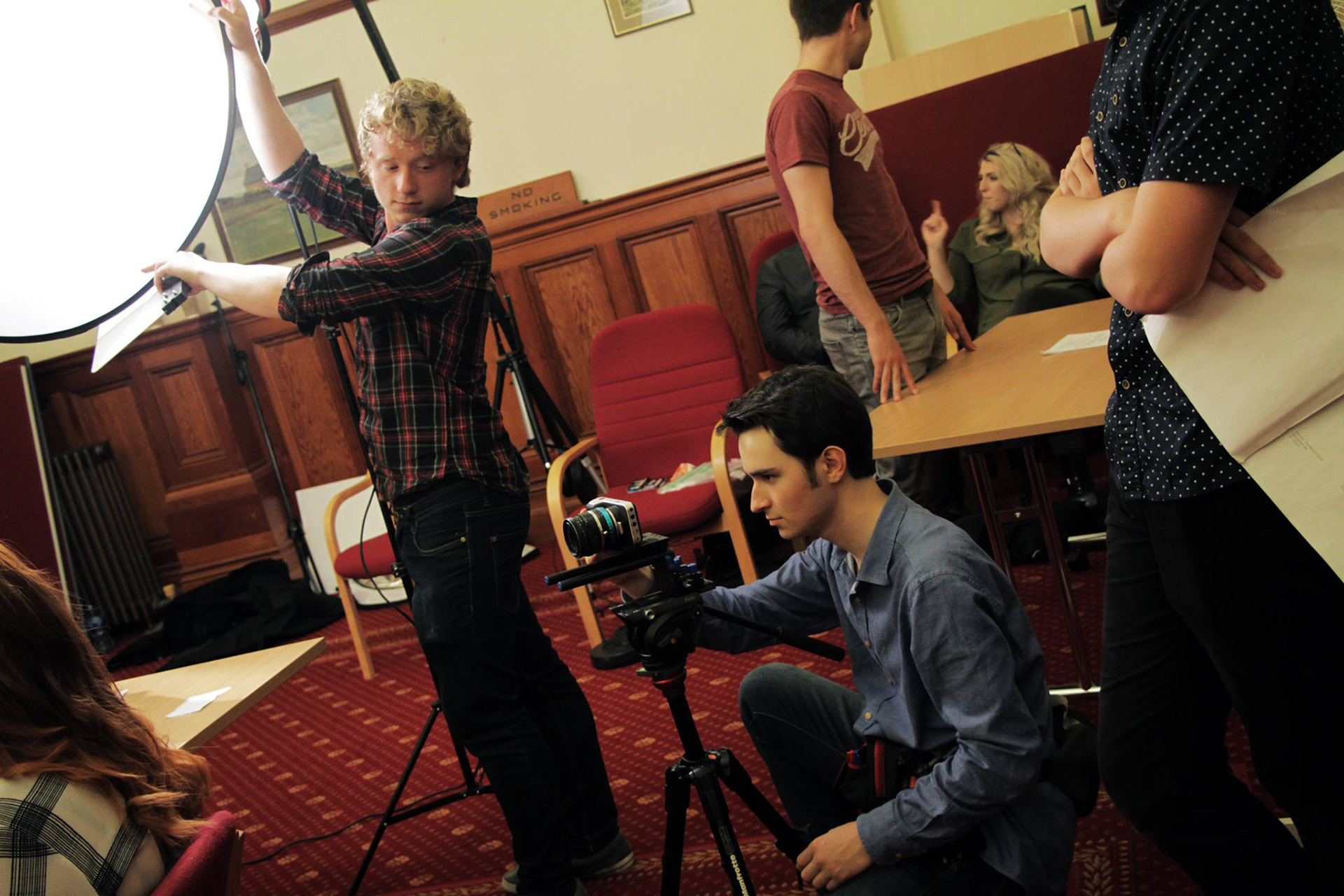 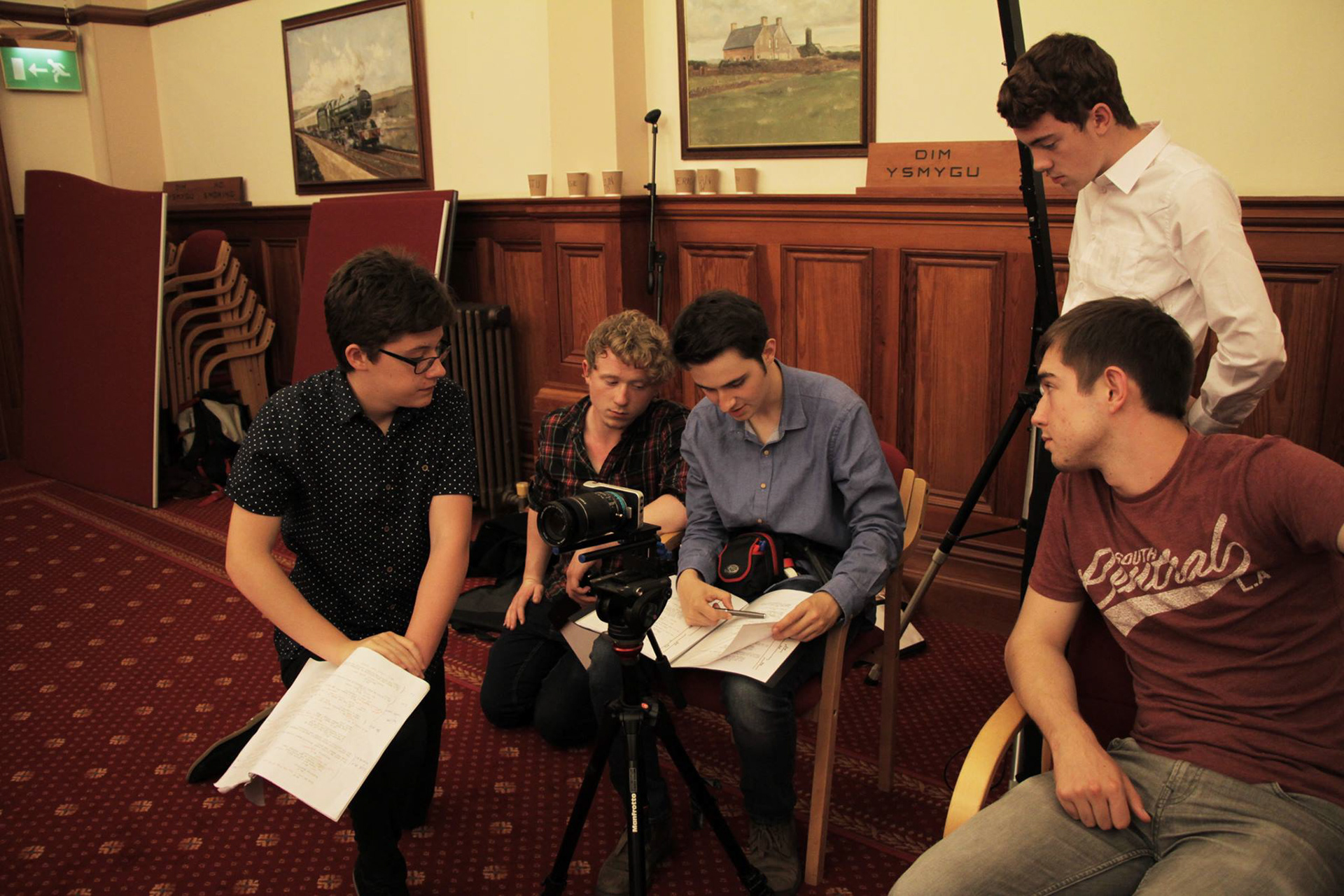 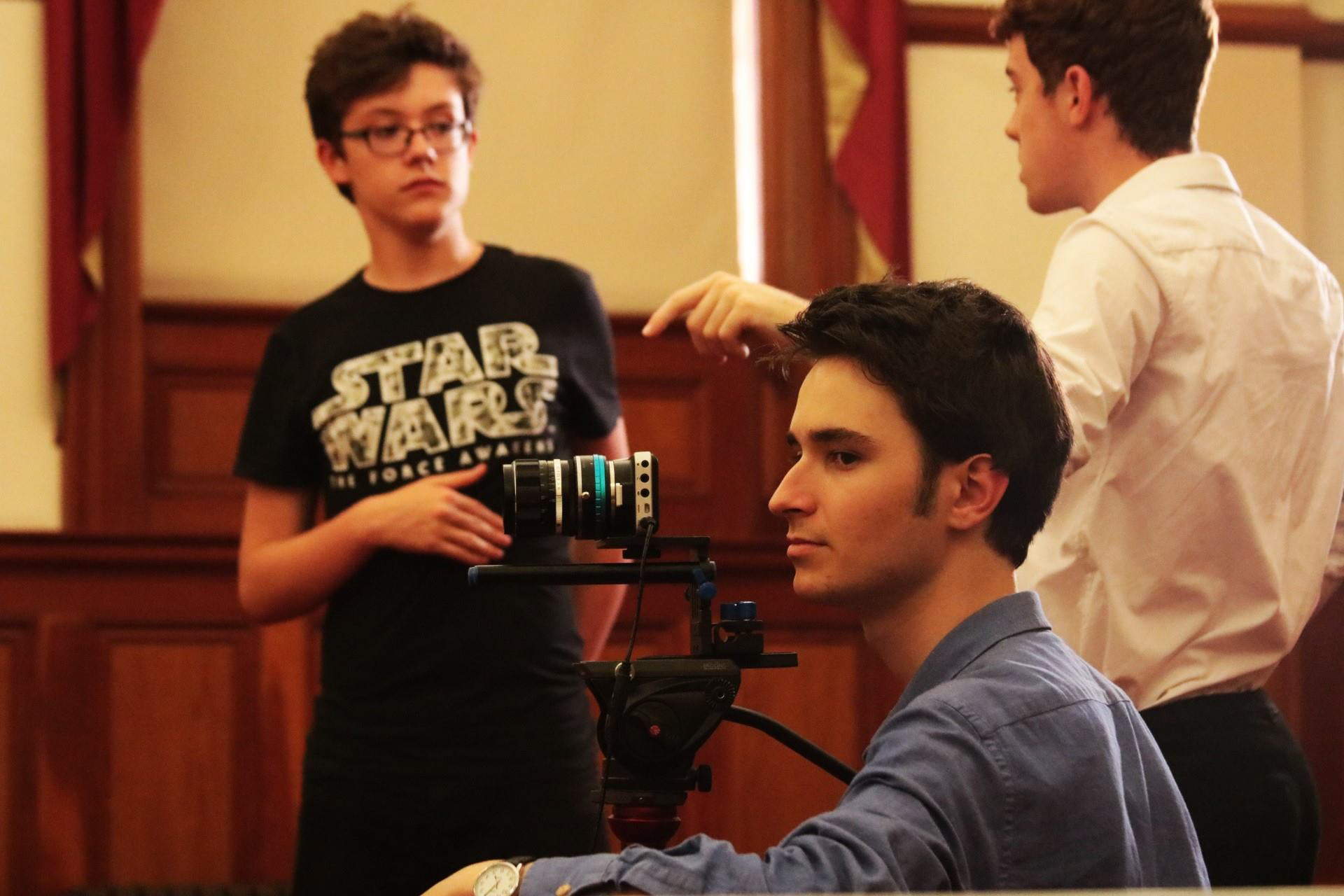 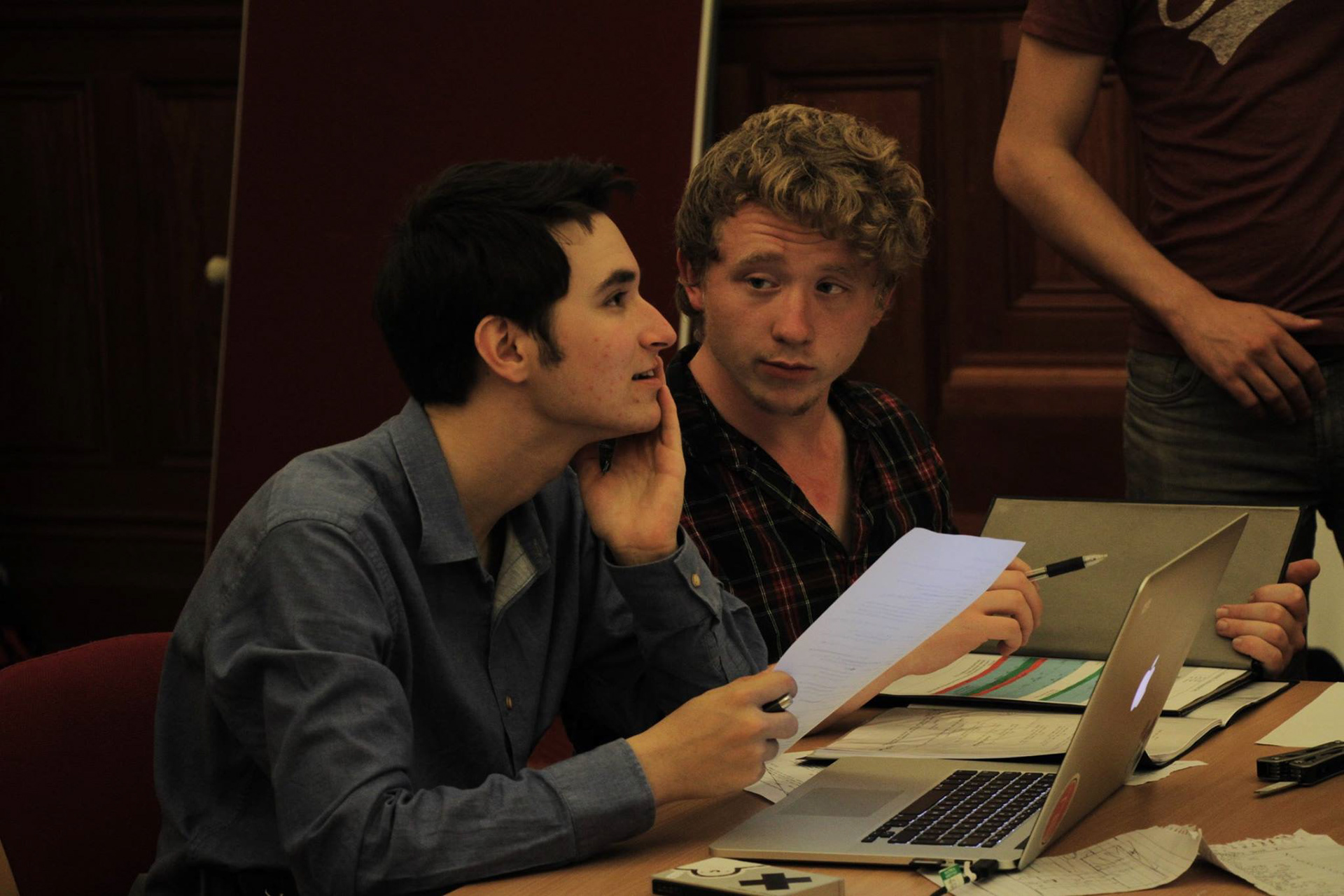